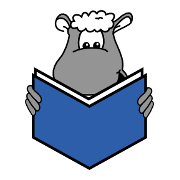 About Do not feed the Troll

Imagine if you move house and find a purple, fluffy creature living beneath a trapdoor under your back garden. Martin and his family find themselves in all sorts of bother when their new guest introduces himself as a troll. What they should have done was paid attention to the on the trapdoor – DO NOT FEED THE TROLL!

Packed with fun, laughs, terrible poetry, action and illustrations by the author’s own children (who were again the pilot audience and bench-testers to the story) this adventure story is aimed at 6 to 10 year olds and is book two in the Roboteers series. It is available free to download in a variety of ebook and other formats under a Creative Commons licence as well a quality paperback and kindle version to buy. 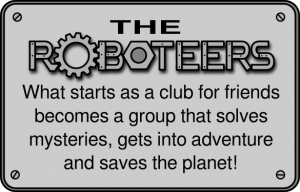 This is the second ROBOTEERS novel

When I completed my first book, Sugar the Robot and the race to save the Earth, I hadn’t planned any other books but interest grew and I got eMails and messages from people asking for more. One day I saw the phrase “Do not feed the troll” on an Internet forum and it got me thinking: suppose it was a real creature, what would feeding it mean and what would happen if you did? From there this story evolved. By the time I was half way through I realised the story would involve characters from the first one and so the Roboteers series was born. I am now planning further books in the series, including one about some stalking pigeons!

How do you imagine this story?

I’ve always found that I have a clear picture in my head of what the scenes in this story look like but I soon realised that picture wasn’t always the same as the one the other family members had. So I asked the children to draw pictures of what they thought the scenes looked like. Many of the pictures in this book are those drawings. As I see it there is no right or wrong way to imagine a story but I am interested in how we imagine stories we are reading.

If you would like to draw a picture of how you imagine scenes from this story – or if you have ideas for future stories about the Roboteers – you can share them with others. 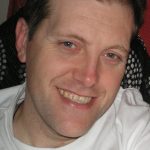 Ryan Cartwright is a web developer and cartoonist who loves stories. He lives in the UK with his wife, two children, nutty dog and a tyrannical cat. He has a weakness for wine gums.